The yarn that changed my life 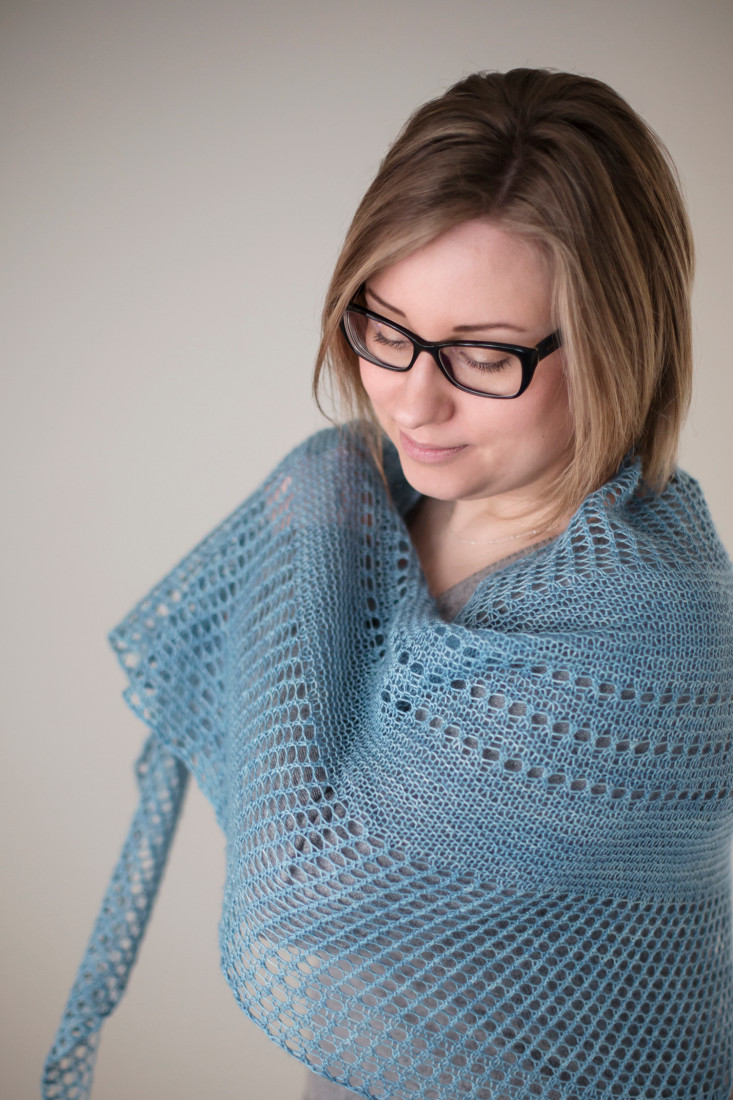 I still remember the thrill of opening that package.

It was the second hand-dyed yarn I ever purchased. And the very first one I had ordered online from abroad.

In the package was a beautiful skein of DyeForWool BFL Superwash in colour Dirty Blue Ice.

Little did I know how drastically that precious skein of yarn would change my life.

It was so beautiful! I had to get it on my needles as soon as possible. I cast on immediately and began knitting without much pre-planning.

I had a rough sketch and a vague idea, but I let the yarn do most of the talking and guide me along the way.

And so Antarktis was born almost as if by magic.

Antarktis was one of the very first patterns I designed and published, and it’s still the most popular one.

I published it back in 2013 and since then thousands and thousands of knitters all over the world have knitted that shawl. Many more than once. And yarn stores around the globe have samples of Antarktis on display.

It’s amazing to think that something I’ve created has spread so far and wide!

By the way, I chat about my thought process – or lack thereof – on naming Antarktis (and what I now wish I’d done instead), on the audio conversation I posted on Patreon last week.

I also talk about designing and naming Bough, the Mix & Match – Rivers collection and Thames on the audio. If you’re a Woolenberry Patreon member, have you listened to it yet?

But I’ve also noticed that many knitters want to make their shawl bigger, so now I’ve included instructions in the pattern on how to do so (for the English version).

So, if you’ve got extra yarn and want to make your Antarktis larger, it’s now easy to keep on knitting!

And because you’ve requested, I also added charts! The English version of the pattern now includes both written and charted instructions, as well as blocking instructions and a schematic.

How many Antarktis shawls have you knitted so far?

You can find the pattern here. Happy knitting!

P.S. Still wondering how that single skein of yarn changed my life? It was because of the mind-boggling success of Antarktis that the thought of designing knitting patterns for a living entered my mind. I didn’t even know that was a job!

Turns out? It actually is. But only because of you. So thank you so much for being on this journey with me :)

Knit a shawl for every season

Related posts in: Behind the Scenes, Knit Shop, Yarn Love